0 Item(s)
Your shopping cart is empty! 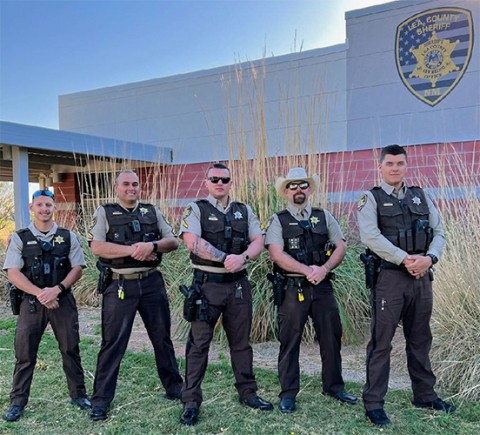 Thank you to Police1 for writing this Article featuring our custom-tailored load bearing vests.  The original article can be found here:

In December 2021, former Minnesota police officer Kimberly Potter was convicted of manslaughter in the fatal shooting of Daunte Wright. The scenario was one that police officers often encounter ─ a traffic stop for an expired registration and a driver with an outstanding warrant. When the suspect resisted arrest, Potter fired a single, fatal shot after mistakenly firing her gun instead of her TASER.

In the media firestorm that followed, many asked how an officer could mistake their firearm for a TASER.

According to Force Science, during a high-stress incident, officers have a lot to consciously focus on, including threat assessments, changing environmental conditions and communications. That’s why many departments train officers to the point where drawing their firearm can be performed with little cognitive effort or awareness. But unintended mistakes or “capture errors” can happen when an infrequent action like drawing a TASER is non-consciously substituted with a more familiar and more practiced action, like drawing a firearm.

Weapon confusion is rare, but even one instance can ruin at least two lives ─ the one of the officer and the one of the victim, not to mention reputational damage to the department and the profession at large.

That’s why police departments should take every effort to give officers the training and equipment they need to ensure that weapon confusion never happens when officers must make instantaneous life-or-death decisions.

Unfortunately, many departments don’t provide much training surrounding the muscle memory required to eliminate weapon confusion. But there is another way to avoid it: by separating lethal and less-lethal weapons with a custom load-bearing vest. Rather than housing all weapons on a duty belt, the physical separation between belt and vest can be an additional safety feature during high-stress situations.

There are a range of other benefits to LBVs, as well. By moving gear up and off the duty belt and onto a vest, officers also routinely experience reduced back and hip pain. LBVs can make a huge difference in ensuring that officer careers are not ended prematurely due to common physical ailments or a rare tragedy like weapon confusion.

Whether your department still houses all weapons on the duty belt or you’ve transitioned to LBVs but don’t yet provide officers with specific muscle memory training, the journey taken by the Lea County Sheriff’s Office in Lovington, New Mexico, can act as a model for success.

Back and hip pain seem to automatically come with the territory of working in law enforcement, as wearing 20 pounds of gear around your waist each shift can lead to permanent issues. Deputies in Lea County are no exception, with many having to seek medical care.

“A lot of people were going to chiropractors, myself included, and experiencing lower back problems,” said Cpl. Travis Hobbs. “A lot of that stemmed from having the TASER, the radio and other things on your hips.” 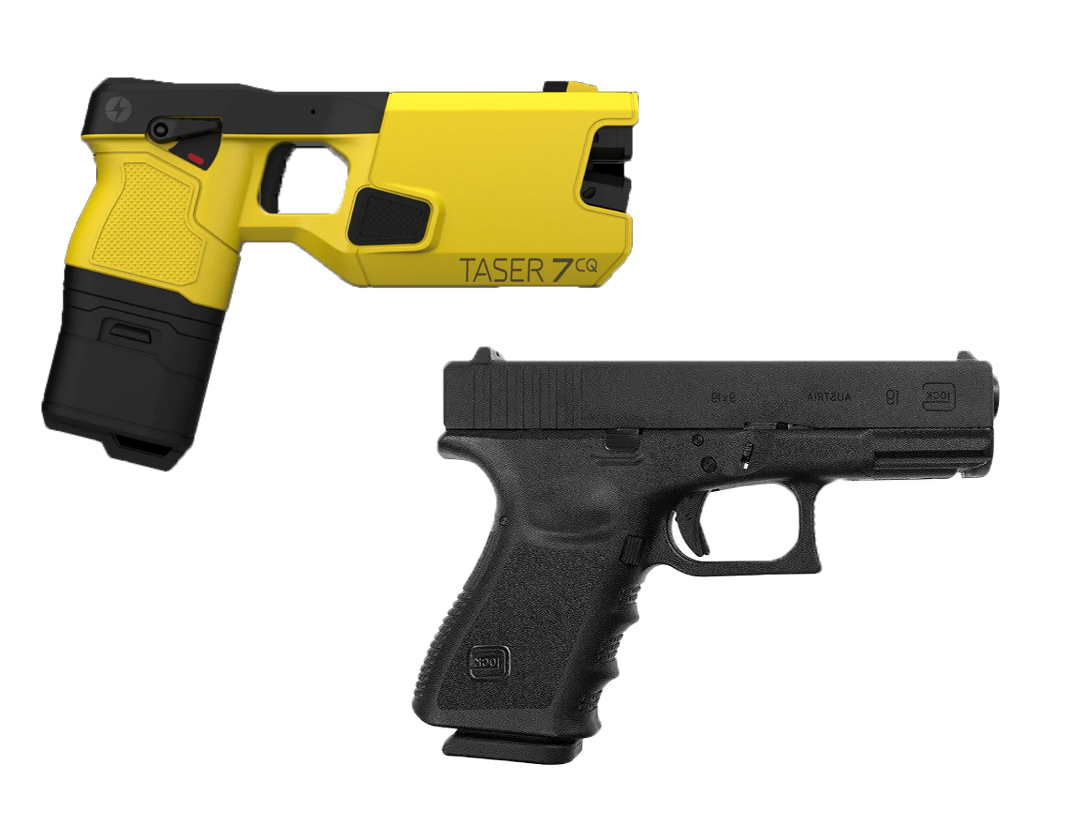 After researching the benefits of custom load-bearing vests and testing several different options, Sheriff Corey Helton and Undersheriff Michael Walker decided to move forward with BlueStone Safety. BlueStone worked with the Lea County Sheriff’s Office to create the layout, customized look and customized fit of their load-bearing vests, ensuring that the LBVs would perform for deputies in every situation and role at the department.

“We have individuals who are our most active deputies that are generally moving around a lot, but we also put it on a court deputy because we monitor the courts,” said Hobbs. “When you’re standing in a bailiff position for eight to 10 hours a day, what does that feel like for that deputy?”

Investing in LBVs and making sure each deputy is comfortable is just the beginning as this gear can be instrumental in eliminating weapon confusion. The department simulated fight scenarios to ensure that the TASER pouch was placed correctly and sewn on securely enough so the TASER remained in position, right where the deputy would need it, even in a physical struggle or altercation.

The final step in equipping Lea County deputies with LBVs included muscle memory training to take full advantage of the carefully-considered placement of the TASER pouch.

Deputies in Lea County come with a range of training experience, making consistent practice of various types of real-life scenarios essential. The department uses simulation training with both lethal and less-lethal weapons, as well as verbal de-escalation, and requires all deputies to engage in at least two in-house training scenarios per month. 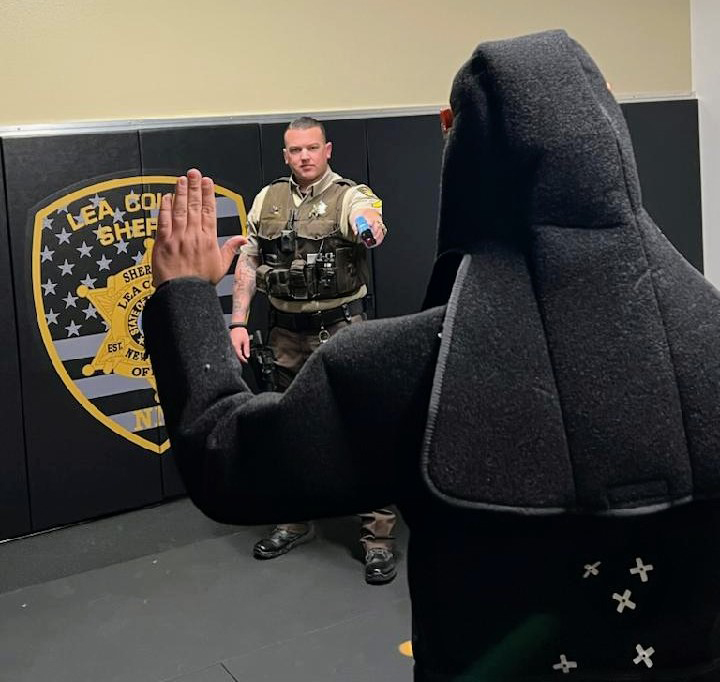 These trainings emphasize eliminating weapon confusion by requiring deputies to reach for their less-lethal weapons on their custom load-bearing vest instead of their duty belt.

“What we wanted to do during those high-stress situations is find a way that we can make it an uncomfortable action that someone doesn’t generally train with on the firing range,” said Hobbs.

For seasoned deputies who may not have as much experience with less-lethal weapons, the initial awkward motion of reaching in a different location becomes easier over time.

“We spend extra time and special attention to ensure they get those repetitions so that way it becomes comfortable,” said Hobbs. “We’re trying to minimize weapon confusion and get as close to elimination as we can. Nobody knows how they’re going to react in those split-second decisions, those high-stress environments, so the more training that we give them, the better chance we’re going to have our deputies be a success.”

Hobbs emphasizes that his department follows TASER guidelines and recommendations, and while each deputy’s TASER is mounted on the opposite side of the body from their lethal weapon, the TASER pouch on the deputy's custom load-bearing vest carrier is ambidextrous, allowing the deputies to complete a cross-draw for their TASER or draw it with their support hand.

Decreasing back and hip pain while simultaneously reducing weapon confusion aren’t the only benefits Hobbs has seen from partnering with BlueStone Safety. While some departments are hesitant to adopt LBVs for fear of looking overly tactical, Lea County deputies look like they’re wearing a uniform shirt.

“The first thing that caught our attention is BlueStone was willing to send us a sample, and it had a professional appearance,” said Hobbs. “We know that’s what our community wanted. They would support transitioning to something that is still functional for us but also able to look professional and provide the services that are expected within the community.”

The department’s custom load-bearing vests have become a talking point during community interactions, allowing deputies to explain the benefits of reducing strain on their backs and hips. Most importantly, the LBVs help ensure that no incidence of weapon confusion and the tragedies that result could ever tear the tightknit community apart or fray the relationship between the department and those it serves.

When you subscribe to the blog, we will send you an e-mail when there are new updates on the site so you wouldn't miss them.